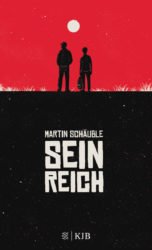 When Yuri goes in quest of his father, he comes across a secret fraught with danger …

Summer holidays, and everyone is off traveling – with the exception of Yuri. He then decides to head off to the village to join his father, with whom he has had little previous contact. Though his father entertains some quirky conspiracy theories, he also leads a fascinating life with his friends: hunting, fishing, they even have a secret project in the forest. And then there’s Jule, who meets Yuri one evening at the lake …
But, are his father and his comrades really just harmless weirdos? As Yuri finally asks this question, it’s almost too late.